Welcome to the year of the Rat (nearly)

Christmas is over, New Year is done with - until February 7th that is! After much fafing about I have finally got down to editing more of TI, (episode 25 is now available through Podiobooks or my web site here) and should be getting episodes 26 to 29 finalised this week.

We're now (temporarily) without a DVD play - the surround sound DVD play we have decided on New Year's Day that it didn't want to play any DVDs - and only two weeks out of warranty... Luckily the X-Box 360 isn't so bloody minded ;-) Should find out on Tuesday how much the DVD player will cost to repair, just what's needed in January - an unexpected bill!

Mentioning the X-Box, I've been spending a huge amount of time since Christmas playing Bioshock, Halo 3, Prey, PGR 4, Forza Motorsport 2 and most recently Sega Rally and I've come to the conclusion I need more time and a force feed-back steering wheel (for the driving games)

I'm hoping that the Writer's Strike in America is resolved soon - they are holding up the production of the last series of Battlestar Galactica! Although, I completely agree with their point ;-) 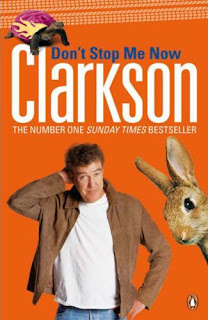 In the mean time, I have a few books to read - thanks to Christmas...


I'm not sure which one will be read first...

Jeremy Clarkson can be very funny, and I do have a tendency to agree with a lot of what he says...
...especially when he was in Grumpy Old Men.


Terry Pratchett has been (and is) one of my favourite authors, so it may be Making Money before the dry wit and observations of Mr Clarkson... 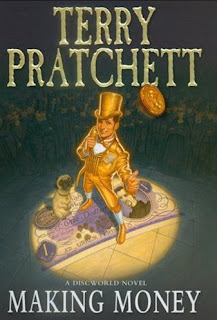 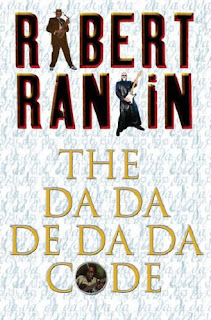 Then there's always Robert Rankin - the man who has written such wonderful books as Armaggeddon The Musical, Nostrodarmus Ate My Hamster and Raiders Of The Lost Car Park...


So many choices, and so little time! Terra Incognita takes priority, of course, but I have a couple of weeks free at the end of this month, so I may yet catch up with my reading! Add to that, the StarShip Sofa boys are ploughing ahead with episodes - this week we have an episode about Flowers For Algernon by Daniel Keyes. It's an exceptionally good read and well worth the time :-) Peter Watts, author of Blindsight, has also recorded one of his short stories (The Second Coming Of Jasmine Fitzgerald, a PDF of the story may be downloaded here) for Starship Sofa; and that should be released in the next few weeks - it is a rather good and thought provoking story :-)