Christmas comes but once a year...

The season of cheer and good will to all is almost upon us once again (why is it that there's a season for cheer and good will?) - and credit cards all over the world will be getting an annual hammering over the next three weeks or so! I am extremely pleased with myself as I've all but finished Christmas shopping, I have a few bits to arrive from internet purchases and that's the lot :-)

This all means that it's almost time for Battlestar Galactica to start season 4 over here and the Doctor Who Christmas special is fast approaching. I think we'll probably watch The Great Escape over Christmas - don't know if it's on or not, but we have a copy on DVD; so that particular 'tradition' may continue!

I've been getting back 'into' Iron Maiden over the last couple of months, kind of return to teenage years. I must be getting old as the Garda (Police) are beginning to look younger and I'm fairly certain that 'they' (whoever 'they' may be) don't make very many good TV programs these days - having said that there is BSG (Battlestar Galactica), Doctor Who (David Tennant is very good as The Doctor) and Atlantis (spin off of Stargate SG-1, and Amanda Tapping is in it :-D) 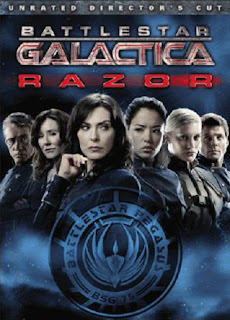 I see that a new BSG mini-series is to be released soon (26/12/07) called Razor. It's the story of the Battlestar Pegasus. The story is outlined thus at the Razor web site:

On the eve of the devastating Cylon attack, officer Kendra Shaw reports for duty on the Battlestar Pegasus. When mankind's future is forever changed on that fateful day, Kendra is reshaped into a "razor" - a tool of war - under the ruthless guidance of her commander, Admiral Cain. Battlestar Galactica: Razor tells the untold story of Pegasus and provides chilling clues to the fate of humanity as the final chapters of the Battlestar Galactica story unfold.

It would appear that the BSG story is drawing to a close, perhaps a five year story arc was (and is) the intent... 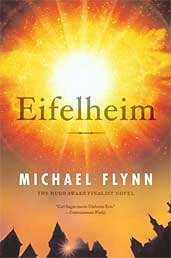 I've also finally got started reading Eifelheim by Michael Flynn. Only a few pages in as yet, so I can't really comment on what the book is like. Even so, thus far I'm enjoying it - which is always good.